Hit enter to search or ESC to close

“Our association was originated by a group of machine founders during 1930s, it was an organization of the founders, acting collectively, who seek to protect and promote their mutual interests and collective welfare. In 1933, Ipoh Machinery Traders Club was established by the late Cao Jian Seng, Loke Chee Pun, Chen Si, Foong Seong, Liu Wei Shan, Wu Sik Kai, Wang Sen and Choong Kee.

During World War II from 1942 to 1945, all activities in the association were terminated until 5th May 1946, Chen Si, Foong Seong, Liu Wei Shan and Cao Jian Seng gathered the members to revive the association, a shophouse at Hale Street was rented as a temporary office.

In order to ingratiate for the needs of current issues and government policies, our association registered again in 29th November 1949 under the name as “ Perak Chinese Foundry Association”.

In 10th May 1984, under the amendment of the regulation , the association was renamed as “ The Perak Foundry And Engineering Industries Association (PFEIA)”.

In 1st October 1988, due to the expiration of the office’s lease and new ownership, PFEIA moved to a shophouse at No. 103B (2nd Floor) , Jalan Bendahara, Ipoh, Perak.

During the 20th Century, PFEIA bought a site of 1 acre land in the Kawasan Perindustrian Pengkalan 11, Pusing, Perak to build a “Multi-Purpose Complex” covering an area of 12,600 square feet.

In 1st December 2006, the Complex was rented out and subsequently the PFEIA office was relocated in a shophouse at No.44 (First Floor), Persiaran Kledang Timur 19, Bandar Baru Menglembu, 31450 Menglembu, Perak.

In 26th October 2013, PFEIA celebrated the 80th Anniversary, during this momentous occasion, a ‘Ground Breaking Ceremony’ was hosted by Mr. Tan Poh Seng, President of Federation Of Malaysian Foundry & Engineering Industries Associations (FOMFEIA) on a site at No. PT. 254558, Jalan Seenivasagam, Ipoh, Perak. This landmark was to build a Four-storey building to meet the needs of the association, some of the units would be rented out to increase the financial resources for the association.

Two years later, PFEIA celebrated the 82nd Anniversary and launched a ‘Grand Opening Ceremony’ for our association new building at No. PT. 254558, this is a remarkable and major milestone in the history of our association.” 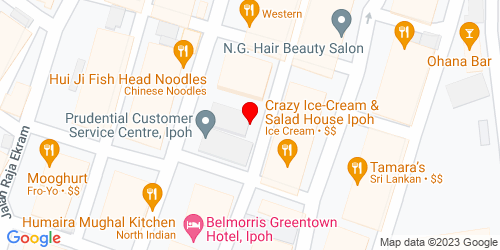